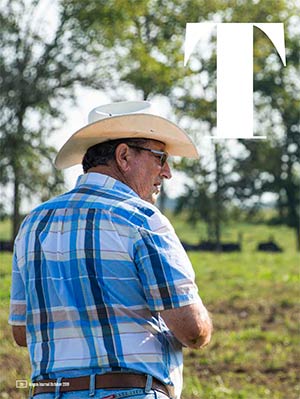 Through His Own Eyes

Kentucky cattleman who was there when CAB got started reflects on the business then and now.

How Much Can I Afford to Pay For a Bull?

Can You Breed Maternal and Terminal at the Same Time?

I have been looking at our cow herd inventory and I have discovered that a high percentage of our A.I. sired females are not making cows that will stay in the herd. Why? Because I have bred for the wrong things! I am embarrassed to admit it. Over the past several years, I have concentrated on using A.I. extensively and have tried to keep daughters of these bulls. My problem is that by the time they should be six years old; too many of them are gone.

Sometimes we need a wake-up call and I have had mine. What am I breeding for and what are my objectives? Clearly, I want to produce cattle that work for the commercial cattle industry. I am breeding Angus cattle and they are considered a maternal breed. So what makes cattle maternal or terminal? Obviously, if a high percentage of the females don't last very long, they are terminal and not maternal. So, do we have terminal and maternal Angus? Yes, and the same can be said of Herefords too!

The American Angus Association has a terminal sire index called $B. If you select for $B, you will be selecting against maternal. It has been quite a few years ago that I bought an Angus bull called Stone Gate Potter. He was a maternal bull and probably the best bull I ever owned. Nearly every daughter he produced worked as a cow and a high percentage made it to fifteen years of age. These are my observation of that bull:

I want to build a cow herd and I want females that will last. To do that, I need to quit trying to compete with everyone else and breed cattle to make females. That's the priority! What do I mean by that? If you are a commercial cattleman, you want to sell the most pounds at weaning that you can sell and if you test bulls at a test station, you want the fastest gaining, highest indexing bull to sell. However, if you are a commercial or seedstock producer with these objectives, you are not breeding for females that will both work and last. A student of mine put it this way: if you want steers, use a terminal bull but if you want cows, use a maternal bull. There are limits to how much you can expect and to achieve extreme levels of growth and/or milk production is very stressful and any cow can only handle that much stress for a limited amount of time. If you were to characterize an old cow in a herd, she would be anywhere from slightly below to slightly above average in production at weaning, she is fertile, and she hasn't had any calving difficulty. Will you get these average cows selecting extreme "spread" bulls? Not likely!

So where do I go from here? First, I am looking for seedstock herds that have some 15-yearold cows as opposed to those that don't have a cow over 10. Secondly, I look for a bull (or sons of a bull) whose daughters do seem to last. I want to see a bull's dam. Third, I am looking for a seedstock breeder whose goal is not to produce the heaviest, fattest calf possible. If someone is breeding to produce the heaviest steer and/or the biggest bulls possible, then they are not breeding maternal cattle. There is a place for those cattle, but not in my herd because the females will not last. I have made more than my share of mistakes of late, but change has to be start sometime. I have used some of the most used bulls in the Angus breed of late, and on average they haven't made good females-that is what my inventory tells me.